On a recent project we had a requirement to let users easily include social media such as YouTube videos, and Instagram posts in their content. We choose to follow the WordPress-embed style functionality where simply including a link to the social media in the post would embed it using oEmbed discovery.

oEmbed allows a service (such as YouTube, or Instagram) to be queried in a standard way, and to return markup representing the resource. Embedding a YouTube video this way does what you’d expect – an embed of the video. Embedding Instagram embeds the image in an Instagram frame. 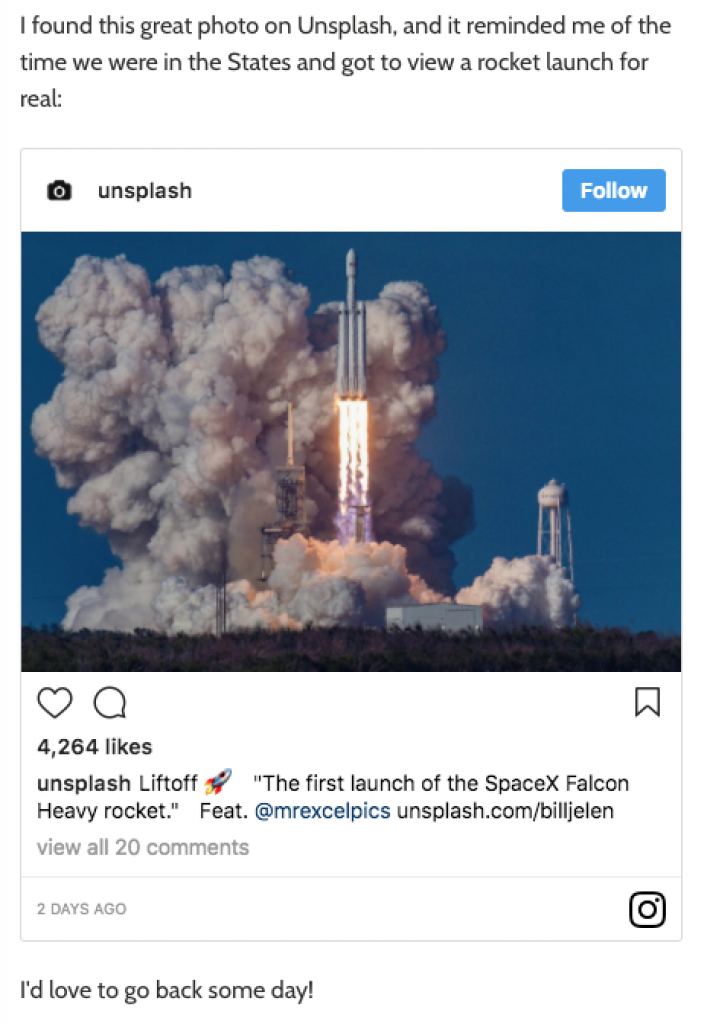 In WordPress, all of this happens without the content author having to do anything complex – just paste in the URL of the content they want to embed into their post, and WordPress does the rest. We wanted to reproduce those features, and ease of use in our project, which isn’t WordPress, but based on the Laravel framework.

There are however plenty of libraries that you can use to do the heavy lifting – particularly embed/embed:

This lets you simply pass in a URL and get back all sorts of information, including the title, image, and embed code so you can use it how you like. This allowed us to get a proof of concept up and running in our project pretty quickly. However – everything was being embedded in realtime, with oEmbed calls being made to embed resources every time we loaded a page.

To solve this, we created a bridge between Laravel’s cache system and the embed library such that we can load an embed once, and cache the embed code produced, and just re-use that, decreasing load on external services, and increasing load times.

Usage, is simple you just use it as you would embed/embed. If the data is in the cache it will come from there, otherwise it will be fetched and cached automatically.